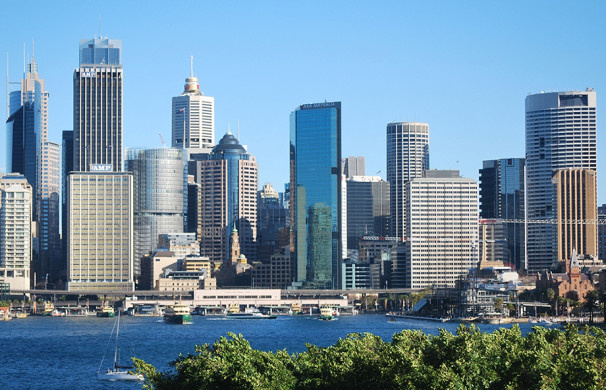 Coming out of the grunge, graffiti and David Carson era through the ’90s, there has been a major resurgence of interest in typography. We have seen a number of designers and artists make their careers out of designing type or custom lettering, and it has become common to list typography among our skills and disciplines. Unfortunately, as with any popularity surge, there have come with it a lot of misunderstandings of some of the terms and concepts that we use. This article will help you gain a clearer understanding of what typography is and isn’t, and why.

One rather common example of this is the myriad of blog posts and showcases claiming to display “hand-lettered typography” — I’ve even heard university professors say it. Though the phrase seems to make sense, it’s actually a contradiction in terms — hand-lettering is not typography at all! Before you throw your pens and brushes at me in protest, please let me explain!

Even though lettering and typography share many of the same concepts, and a good eye and understanding of one will enable you in the other as well, they are completely different disciplines. Let’s begin by defining how we understand each term.
What Is “Typography”?

Typography is essentially the study of how letterforms interact on a surface, directly relating to how the type will be set when it eventually goes to press. One definition is stated as “the style, arrangement or appearance of typeset matter,” and is a product of the movable type printing system that much of the world has used for centuries. It is related to typesetting and can include type design. In our current digitally-driven design world, this means working with fonts on a daily basis for most of us.
Typography is actually a subset of lettering, because it is the study of letters applied to typefaces. Many designers have also taken up letterpress printing as a hobby or side interest, which also utilizes aspects of typography or typesetting, depending on the project.

Gerrit Noordzij, professor of typeface design at the Royal Academy of Art in The Hague, Netherlands, from 1960 to 1990, defines typography as “writing with prefabricated characters.” Peter Bil’ak, founder of Typotheque, notes that this “implies a complete distinction from lettering, handwriting or graffiti, which are also concerned with creating letter-shapes, but don’t offer a repeatable system of setting these letters.”
It is quite common for people to refer to lettering as typography, but you should always avoid doing so when speaking with a client. Typography might be used in a logo, but so might custom lettering. Your client may not know the difference, but you do, and it’s important to have an educated client. This requires that we speak to them using the right terms, and it makes things easier to understand for both you and your client.
In addition, as designers of any sort, we strive to maintain a high level of professionalism, and using terminology correctly is an important part of showing pride in our line of work and being confident that we can do it, not simply to get the job done, but to produce excellent work.
What Is “Lettering”?

Lettering can be simply defined as “the art of drawing letters”. A lot goes into making lettering look right, and that’s an entirely different topic, but the concept is very simple: a specific combination of letterforms crafted for a single use and purpose as opposed to using previously designed letters as components, as with typography. Often lettering is hand-drawn, with pens, graphite or brushes, although some people start their work directly in Adobe Illustrator. Engraving and similar arts are related to lettering.

Just as typography is not lettering, lettering is not typography. Widely respected lettering artist Jessica Hische gave a talk on the subject at the FRONTEND 2011 conference, for those who “don’t understand the difference between lettering and type,” getting into the pertinent information with some concise definitions at around ¾ the way through the video.

Typography does indeed have similarities to lettering — it is still dealing with letters, but within the context of typefaces and their proper use. Therefore, it’s not a good idea to refer to typography as lettering, since they have different connotations and you don’t want to confuse your client by swapping terms. Again, accuracy in terms is an important element in any profession and design is no different.
Similarities And Differences.

The visual concepts that are behind typography and lettering are largely shared by both disciplines. Letterspacing, consistent weight and contrast, the rules that we go by for what works and what doesn’t work, still apply. However, often the terms used are different. For space between two lines of text that are typeset, we use the term “leading,” referring to the strip of lead that printers would set between the lines of type to give more space. The same concept applied to lettering would simply be called “line spacing.” 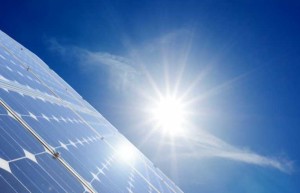 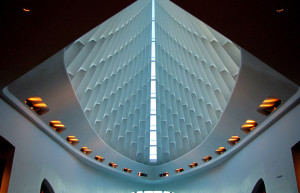